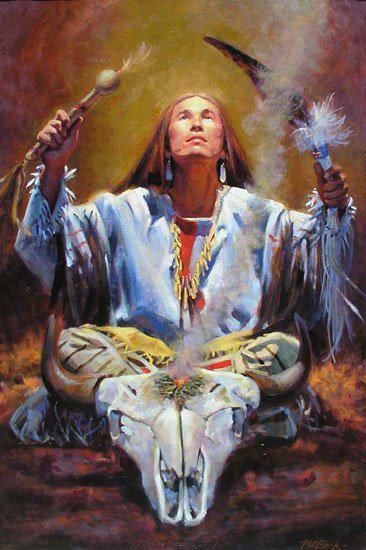 No Comments on Native American HealingPosted in News By d4g4Wl8d48ZPosted on March 24, 2017 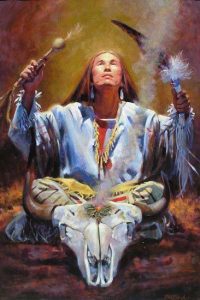 The power of Native American spirituality comes from the divine power of nature.

From this belief and their connection to nature as a whole, they often used a variety of herbs to heal the sick and wounded. This history of medicine stretches back thousands of years, across more than 2000 different tribes.

In this regard, they were far more advanced than their European counterparts. When the European travelers set sail for the new world, around 500 years ago, they were shocked to see tribesmen healing and recovering from injuries that were considered fatal.

According to one source, there are over 200 documented recipes for plant-based medicines developed by the Native American tribes.

The tribesmen that studied the art were known as medicine men and would offer ceremonial prayers in addition to the herbal medicines they made. The children of medicine men and women would, in turn, learn the craft and continue the family legacy.

In addition to using herbs, these healers would also incorporate crystals and turquoise stones in their healing ceremonies to help cure the mind as well as the body.

I’ve probably mentioned a few times that turquoise has long been believed to possess healing properties. The stone is believed to be imbued with the healing power of water and sent as a divine gift from the Great Spirit. That’s why I love wearing turquoise jewelry.

Other tools used by the medicine men were skins, bone, crystals, shells, roots, and feathers. The great animal spirits were also held in high regard so using these tools were a means of appealing to the spirits with their physical representations.

When praying to the Great Spirit, for example, the medicine men would also incorporate feathers into their ceremonies as a symbol to carry their message to the sky, where the Great Spirit dwells.

Another well-known remedy that’s still used today is Native American sweat lodges. These served the dual purpose of healing the body and purifying the soul. 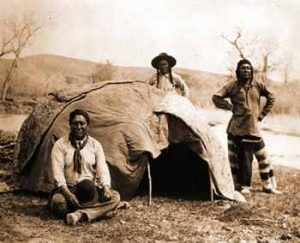 Many warriors would use the sweat lodge before a battle to bring the group clarity and wisdom.

If you’re curious about healing pipes, they are indeed real. Similar to the concept of the bird feather, many medicine men carried pipes in their bundles. The prayers are carried from the inhaler and carried back to the Great Spirit above.

Something interesting to know is that, unlike a lot of the ceremonies held to teach the public about Native culture, healing ceremonies are more of a private affair. Even among other members of the tribe, healing way typically kept between the medicine man and their patient.

Today, Native Americans embrace their cultural past and continue to perform some of these ceremonies to heal the spiritual side of their being. The increase in popularity is believed to derive from the harm many pharmaceutical drugs cause to the body.

The natural herbal remedies used by early Native Americans were centuries ahead of their time and may still have their merits today!

Thanks for reading and I hope you enjoyed this post!